Can Drones Smell? Yes They Can 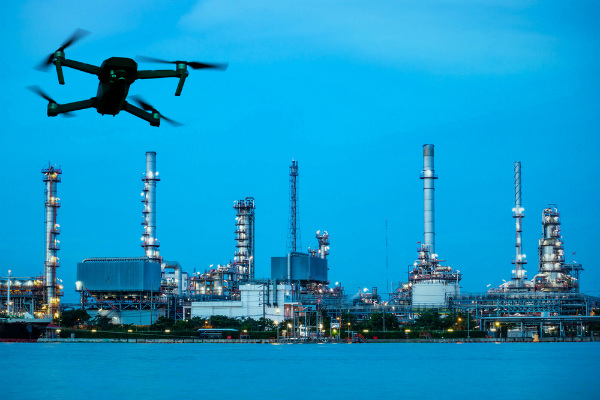 Every month we try and write a post about new and exciting things happening in our industry. Certainly, when it comes to drones, we are never short of a story. The pace at which drone technology is advancing means there is a steady stream of reporting on how drones are making, and will continue to make, our lives easier. Yesterday, we read an article about drones being taught to sniff out toxic air which got us thinking about the various ways in which a drone with a sense of smell could be useful. Here’s what we discovered:

Back in July, a gas smelling drone was used to gather data on changing ocean temperatures and how they impact marine life.

The autonomous drone, Edge, flew over the Pacific Ocean for most of June. Fitted with a thermometer, camera as well as a gas-smelling nose attachment that detects Dimethyl Sulfide (DMS), the drone collected massive amounts of data.

“The technologies used in the demonstration will be crucial to tracking climate change, ocean acidification, fishing impacts, pollution, waste, loss of habitat and more.”

DMS is a gas emitted by dying phytoplankton and can help scientists assess the health of the entire food chain.

A research project underway at Rice University is focussing on drone technology that will enable them to sniff out toxic gases following an explosion, leak or extreme weather event, and map out a safe perimeter. The project has been boosted by a 1.5 million dollar National Science Foundation Grant and aims to not only safeguard first responders, but respond to disasters more quickly, limiting damage to structures and protecting assets.

“And, that’s a great example of where we could send in drones from a safe distance and they can figure out where’s a safe boundary, the effect of the wind, whether there have been chemical reactions in the air. Finding and setting the right boundaries is a complex decision, and we think drones could be a big help in making that decision.”

The project is not without its challenges (scaling sensors down to an appropriate size and weight for example), the future for gas smelling drones looks bright.

If you are eager to get into the drone industry, get certified with Total RPA today. We are one of Australia’s most comprehensive drone certification academies and provide fully CASA certified drone training packages. View our course timetable or send us an enquiry about a tailored consulting package.