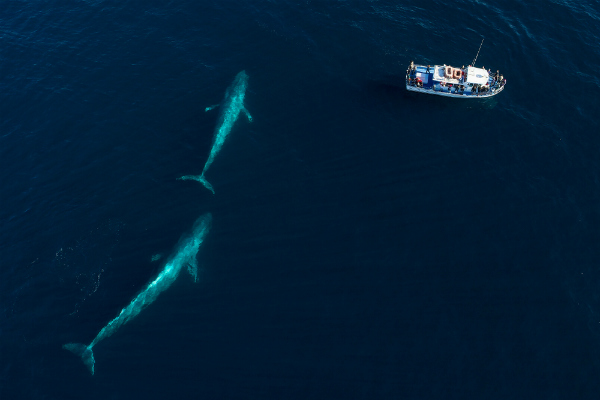 We know drones are being used in an ever-increasing number of industries and in far more varied ways. And now we can add to that list – drones collecting whale snot. How and why are the two most obvious questions you might have, so in this post we’ll explore why whale snot is valuable and how drones are making the process all that much easier.

Why Are Scientists Collecting Whale Snot?

Whale snot has been found to contain viruses, bacteria and DNA, all of which can provide scientists with valuable information about the health of each individual mammal, as well as the whale population as a whole and the wider ocean environment.

For example, researchers are also hoping that whale snot may reveal why Southern right whale numbers have increased on the west coast of Australia but remain low on the east coast.

How Do Drones Collect Whale Snot?

Dr Vanessa Pirotta, whale researcher and marine biologist at Macquarie University, recently designed a special waterproof drone to collect snot from whales as they head up the east coast on their annual migration.

The specially designed drone, fitted with a petri dish, is directed to hover over the whale’s blowhole and then, according to Dr Pirotta, ‘flown through the densest part of the whale snot, collecting the sample.’ The petri dish lid shuts and the drone is returned to the scientists waiting on a nearby boat.

Drones have revolutionised the snot collection process because it allows scientists to analyse fresh samples from healthy, migrating whales. Previously, whale snot was collected from beached whales or whales that had been killed.

Enrol In A Drone Course

Get drone certified with a course from Total RPA. With drone training courses available Australia wide, you can choose a time and a location that suits you. View the course timetable or get in touch with us to ask a question.